For many years now, the Birthplace of Fryderyk Chopin and Park in Żelazowa Wola has been the most famous site of pilgrimage for admirers of the Polish composer.

For many years now, the Birthplace of Fryderyk Chopin and Park in Żelazowa Wola has been the most famous site of pilgrimage for admirers of the Polish composer. The first mentions of the village of Żelazowa Wola date from the second half of the sixteenth century, when the fief taxpayers were the brothers Piotr and Paweł Żelazo. Following two changes of ownership, around the turn of the nineteenth century, the estate of ‘Żelazowa Wola and Orły with dependencies’ was purchased by Countess Ludwika Skarbek. It was there that Justyna Krzyżanowska and Mikołaj Chopin – Fryderyk Chopin’s parents – met. Mikołaj was tutor to the Skarbeks’ children, and Justyna, an impoverished gentlewoman, lived in the manor house. After their wedding, in 1806, the Chopins moved into a modest apartment on the right side of a walled annexe that formed part of the Skarbeks’ manorial complex. It was there, on 1 March 1810, that their second child and only son Fryderyk was born. Besides 1 March, which the composer and his family indicated, also considered as Fryderyk’s possible date of birth is 22 February, given after the church book of baptisms. Early biographers also gave a different year for the composer’s birth: 1809.
In the autumn of 1810, the Chopins moved for good to Warsaw, where Fryderyk spent the first half of his life. However, they frequently visited the Skarbeks in Żelazowa Wola, mainly during the summer and religious holidays. One documented visit was made by Fryderyk and his sister Ludwika one Christmas, as the composer mentions in a letter to a friend: ‘You’d never guess where this letter comes from! … You’ll think that it comes from the second door of the wing of Casimir Palace? … No. Well, then, perhaps, perhaps, from, from? Don’t try to think where it’s coming from, because it will be in vain – it comes from Żelazowa Wola. So one question has already been resolved, but just try to think when I am writing? When? … You wouldn’t guess that either, therefore I must tell you that I write, just having alighted from the britzka, as I sit down to Christmas Eve Supper. Fate would have it, and even though Mama didn’t wish to let me go at all, nothing could be done about it, and both Ludwika and I are in Żelazowa Wola.’ (Fryderyk Chopin to Jan Białobłocki, Żelazowa Wola, 25 December 1825)

From Countess Ludwika Skarbek, Żelazowa Wola passed to her sons: first Fryderyk, then Michał, who committed suicide in 1834. From that time on, the Chopins’ lost contact with Żelazowa Wola, and the estate, on the strength of Michał Skarbek’s will, became the property of Franciszek Kwiatkowski. Over subsequent years, the estate passed through various hands and gradually lost its original form and character.

A turning point in the history of the estate came with the visit of the Russian composer Mily Balakirev in the autumn of 1891. Thanks to Balakirev’s intervention, the commitment of artists and journalists, and also the work of Warsaw Music Society, on 14 October 1894, the first Chopin monument on Polish soil was unveiled here. However, the idea conceived then of setting up a Chopin museum only came to fruition thirty years later. In 1924, the historical annexe was entered on the register of historical buildings, and five years later – thanks to the efforts of the Society of the Friends of Chopin’s Home, set up in Warsaw, and the Chopin Committee active in Sochaczew – the building and the land around it were bought.

Of the entire Skarbek estate, only the annexe lasted till the 1930s, and nothing was preserved of the original furnishings from the Chopins’ times. In 1931, the building was thoroughly renovated. It was originally planned (design by the architect Józef Żakowski) to turn only two rooms into a museum, with the others given over to a place where ‘music veterans’ could work. However, after the well-preserved historical substance was discovered, it was decided to recreate, as faithfully as possible, the original shape of the building and the arrangement of the rooms from the first decades of the nineteenth century. The roof was raised (it had been lowered during the 1860s), its height and shape designed on the basis of slides of the original construction. Two years later, a columned porch was added to the front of the building, lending the annexe the appearance of a Polish manor house. At the same time, Prof. Franciszek Krzywda-Polkowski elaborated a concept for a Chopin memorial park – one of the most interesting garden projects to be realised during the inter-war period.

After the building’s renovation, attention turned to interior design. One proposition was put forward by Kazimierz Hugo-Bader, who produced a series of watercolours presenting furniture acquired for the purposes of a new display and different variants for making use of the various items. Yet that version was not realised. In 1935, work on the interior decoration was entrusted to Lech Niemojewski, a professor of Warsaw Polytechnic. In accordance with guidelines laid down in 1932 by the Chopin Days Committee, Niemojewski sought to recreate the atmosphere of Chopin’s era in all the rooms except the Music Room. Collections of furniture from the eighteenth and nineteenth centuries were organised, and other items were bought from antique shops. For the Music Room, contemporary furniture was designed, with simple forms (although not avant-garde), referring to the aesthetic of the ŁAD Plastic Arts Cooperative, known for combining national motifs with functionality and high quality. A carpet and upholstery were also ordered from ŁAD. Most of the furnishings were produced from native tree species: ash and birch. It was planned to fill the display with souvenirs linked to Chopin and his family. The first exhibit was a plaster cast of Chopin’s death-mask, placed there in 1930. With time, two pianos, copies of portraits of the composer by Delacroix, Scheffer and the Bissons, copies of portraits of Chopin’s parents and a set of drawings linked to Chopin were acquired, and probably also a cast of his hand.

The opening of the new museum, planned for October 1939, was thwarted by the outbreak of the Second World War, during which a sanatorium and rehabilitation centre for the wounded were set up in the historical annexe, followed by a field hospital. During the war, the house was ruined, and a considerable part of the items on display were lost.

After the war, the Fryderyk Chopin Institute (IFC) became responsible for Żelazowa Wola. Up to 1949, work continued on renovating the building, recreating the park and also collecting a new set of furniture and objects from the period. On the centenary of Chopin’s death, the new display was ceremoniously opened. From 1950, the historical annexe was administered for two years by the National Museum. From 1953, the Fryderyk Chopin Society took over the Żelazowa Wola estate, then from 1 August 2005 that function passed to the new Fryderyk Chopin Institute (NIFC).

Since the war, three permanent displays have been installed at the Birthplace of Fryderyk Chopin. The first (from 1949) invoked the atmosphere of a Polish manor house. The second, prepared in 2010, was characterised by an unelaborate, sparing style; it was decided to do without a large number of exhibits, and an audio-guide narrative became the core element of the display. The scenario of the current, third, display – opened in May 2015 – was prepared on the basis of the most recent research into the history of Żelazowa Wola. It focusses on recreating both the atmosphere of the Chopins’ times and also the history of the site and its reception, forged by successive generations of Chopin admirers. A crucial part of the display consists of original objects, for the first time presented in such great number at Żelazowa Wola, including Chopin family souvenirs. Together with other period objects, they contribute to an attempted historical reconstruction of selected rooms, in particular those devoted to the Chopins and the Skarbeks. 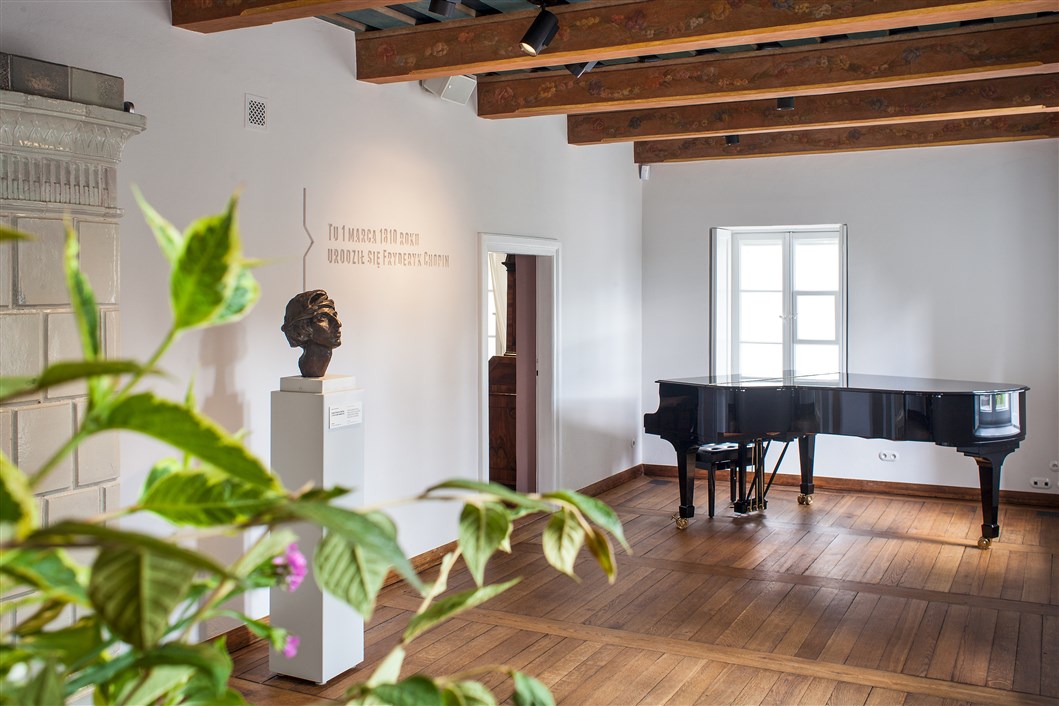 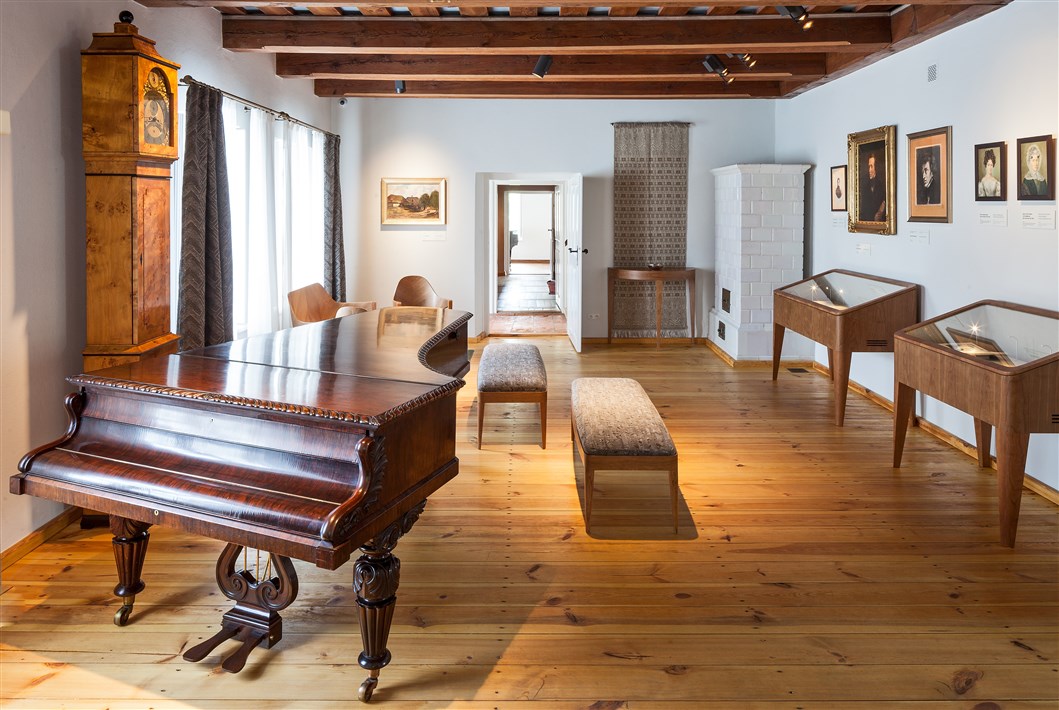 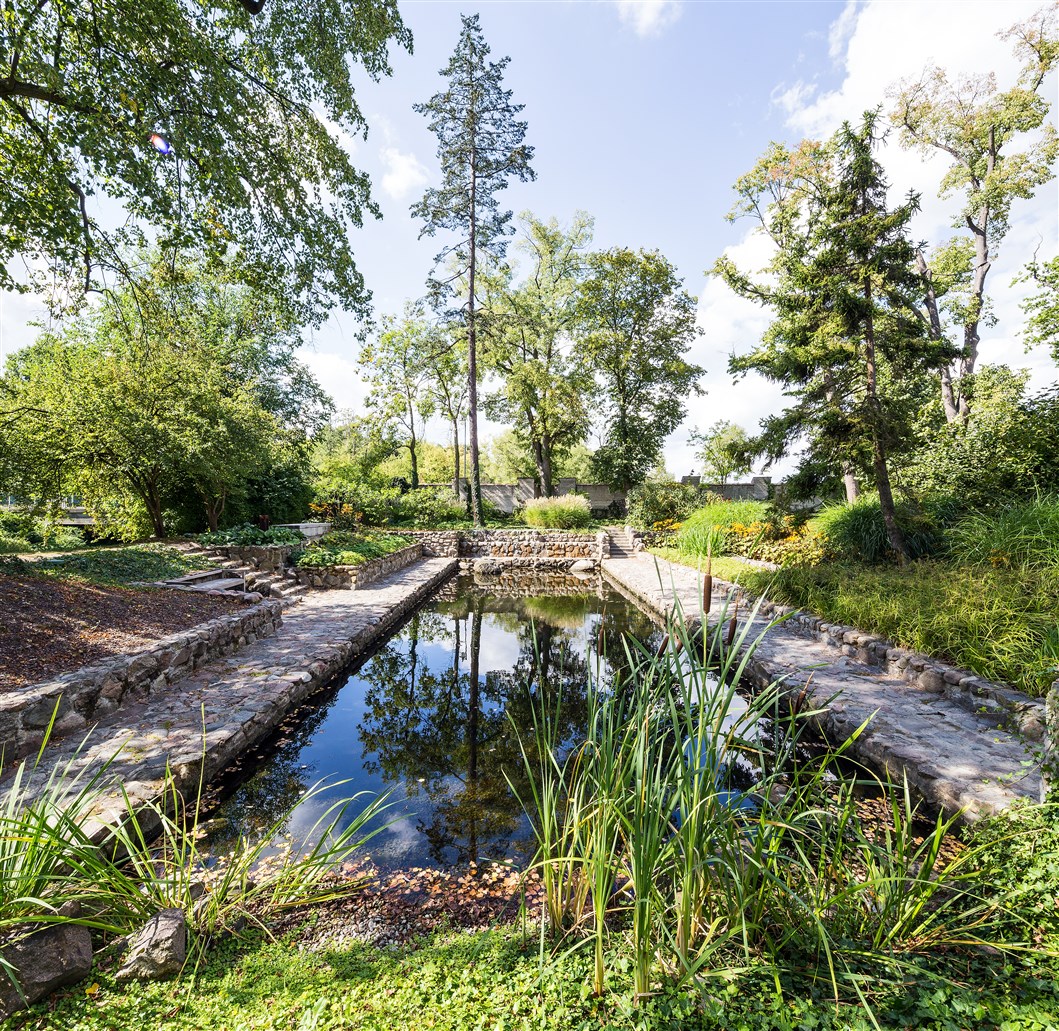 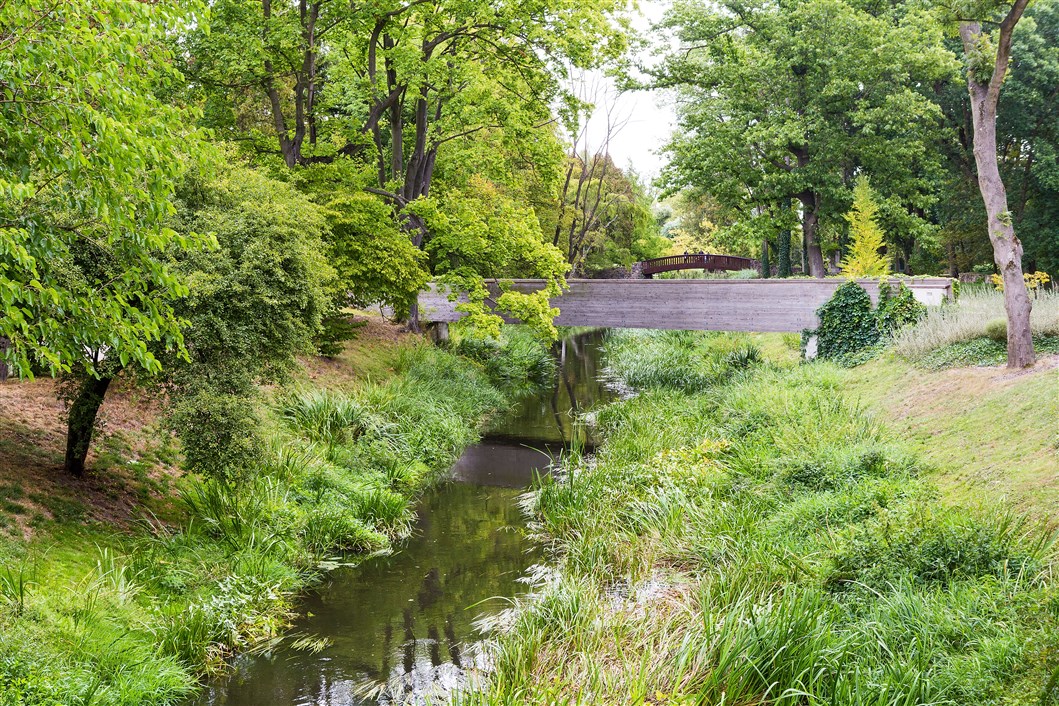 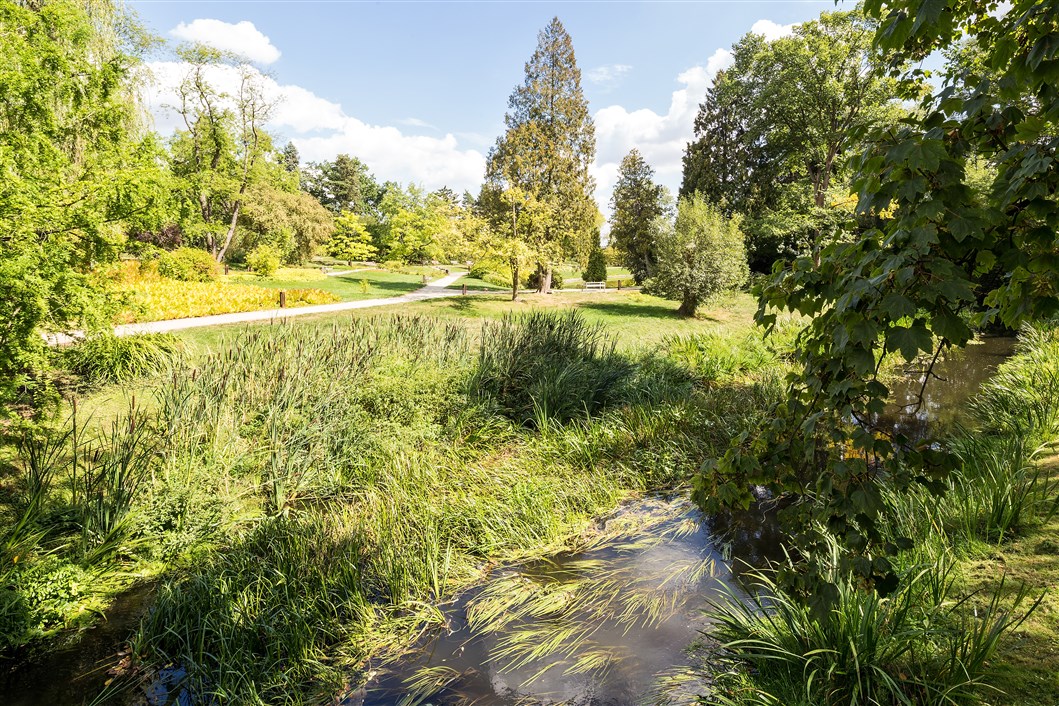 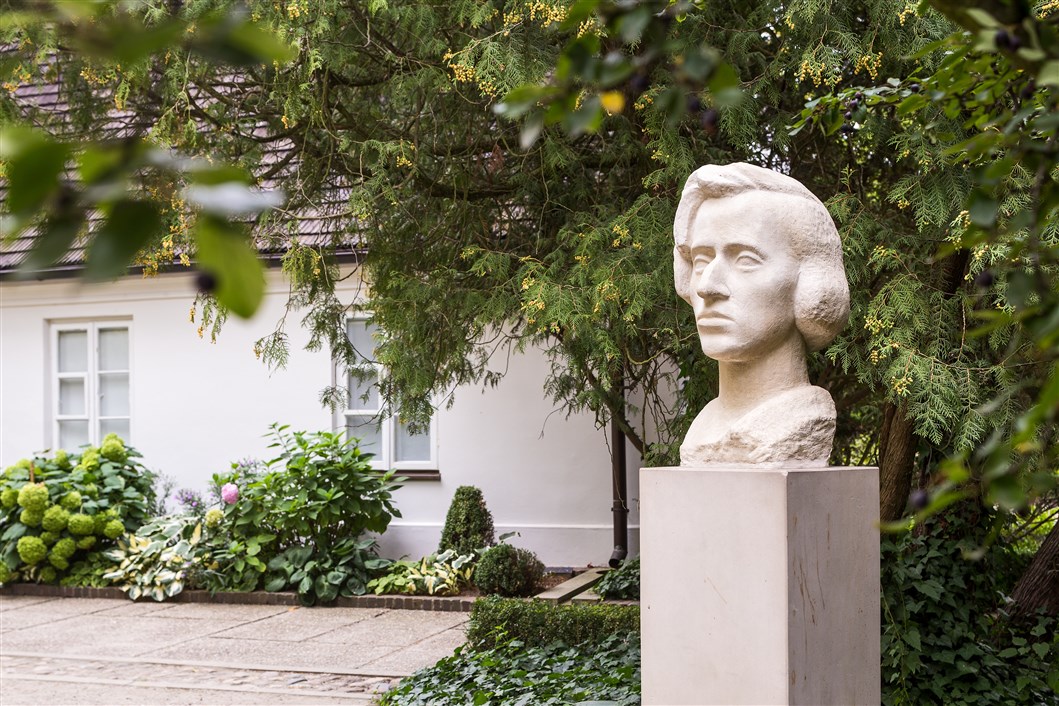 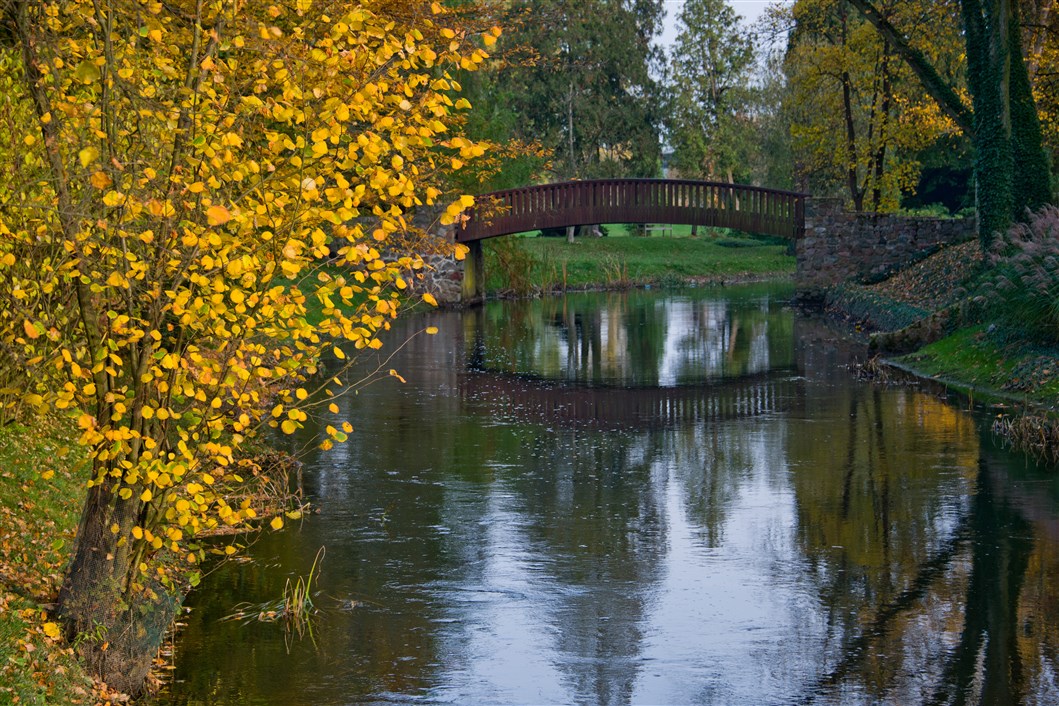 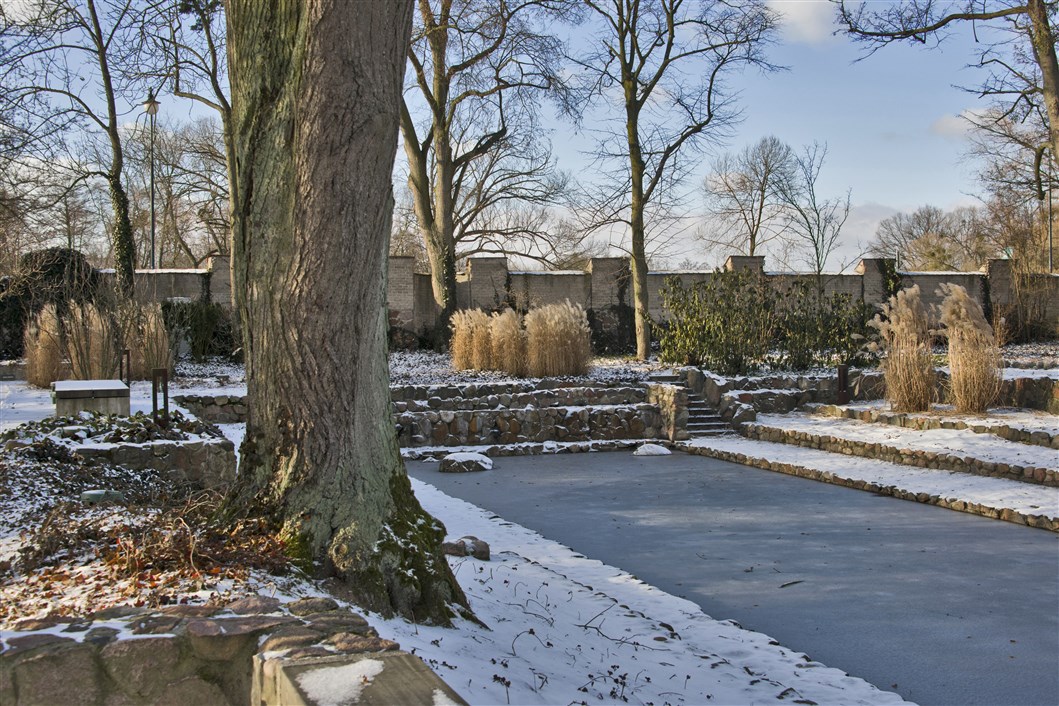 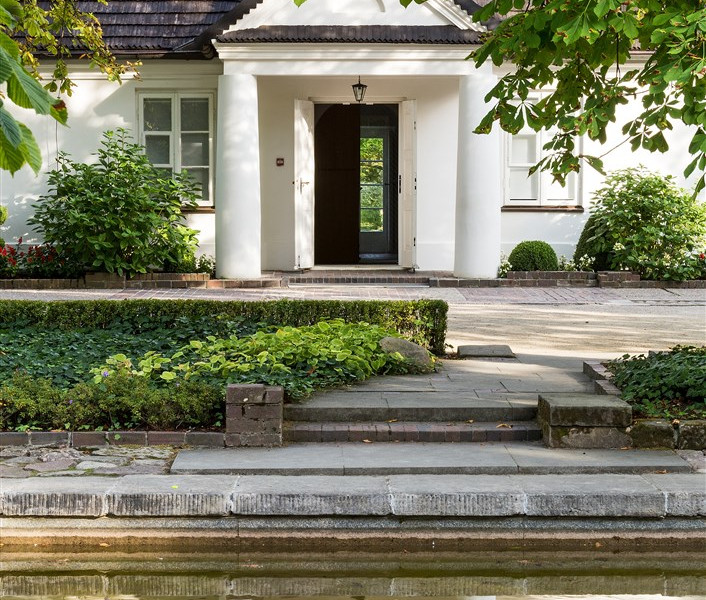 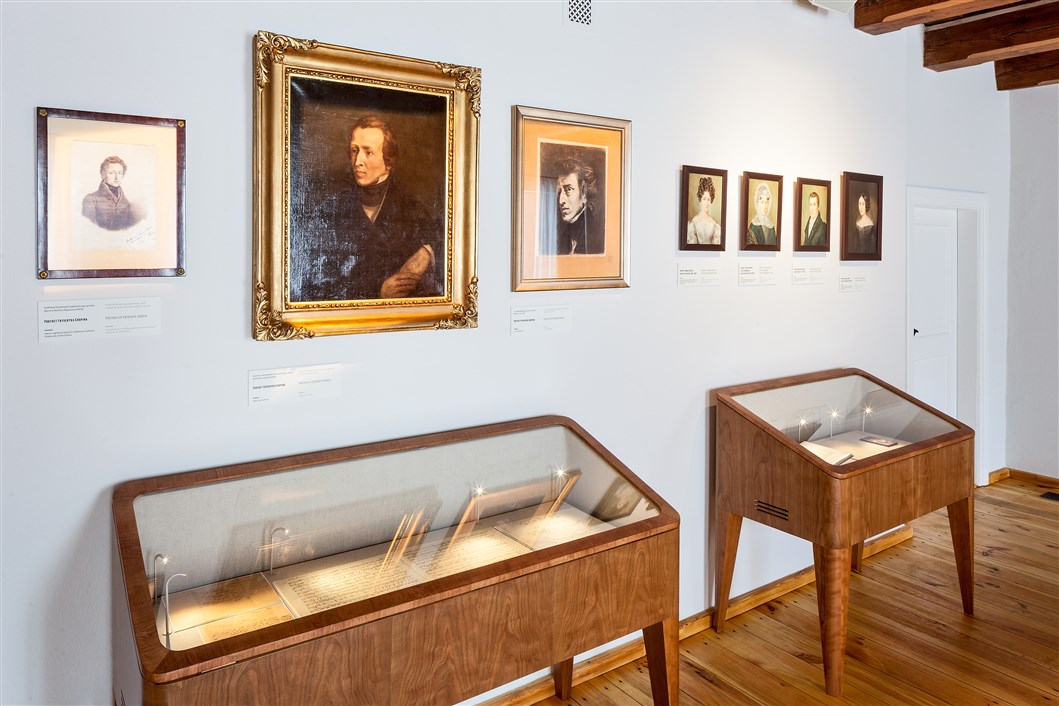 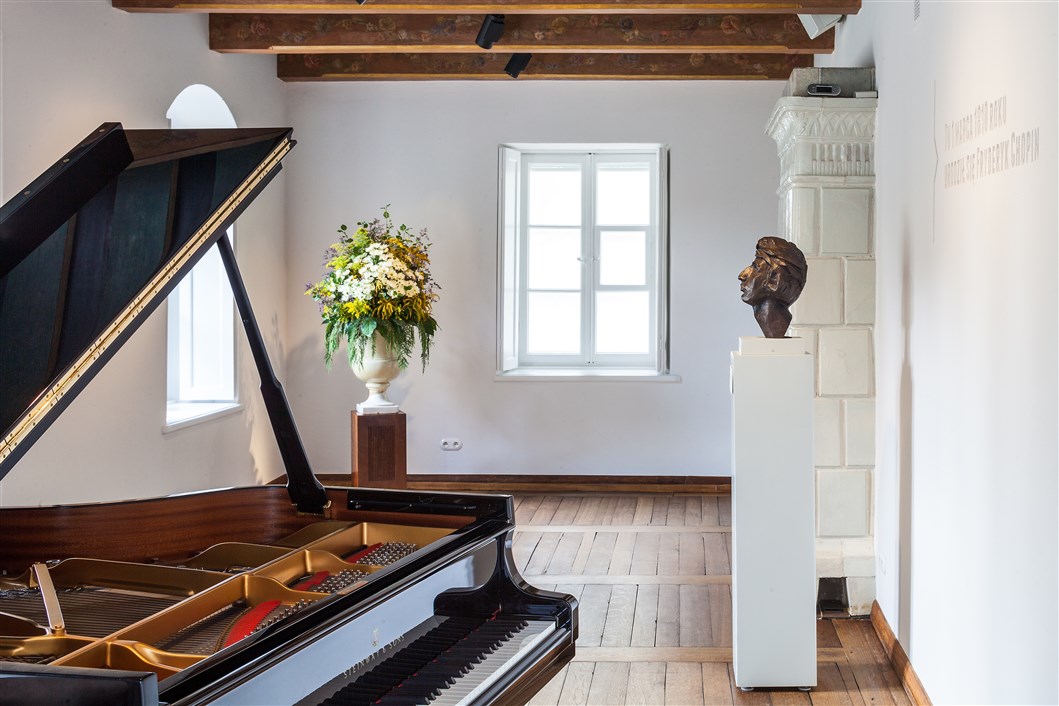